Fornace Curti, the Art of the Earth that Becomes Stone

Stepping on the gneiss stones paving the entrance to the Fornace Curti kiln, it is impossible to escape the stunning spell of this peculiar place.

Think of a little hamlet, where winding and monumental staircases lead to terraces and arcades from where the gaze can wander, where constructions and small artistic masterpieces wait for essayers, where artists freely create, where flowers and plants bloom in every nook as if magically grown, and white doves fly free from roof to roof… No, it is no Paradise, nor is it some location in Tuscany or Umbria. It can be found in hectic Milan, inside the Fornace and Borgo Curti.

The kiln’s history dates back to the mid-1400s, when the Duke of Milan, Francesco Sforza, and his wife Bianca Maria Visconti ordered to start works on the construction site for the Maggiore (Ca’ Granda) hospital, which now hosts the University of Milan.

The kiln’s history dates back to the mid-1400s, when the Duke of Milan, Francesco Sforza, and his wife Bianca Maria Visconti ordered to start works on the construction site for the Maggiore (Ca’ Granda) hospital, which now hosts the University of Milan. 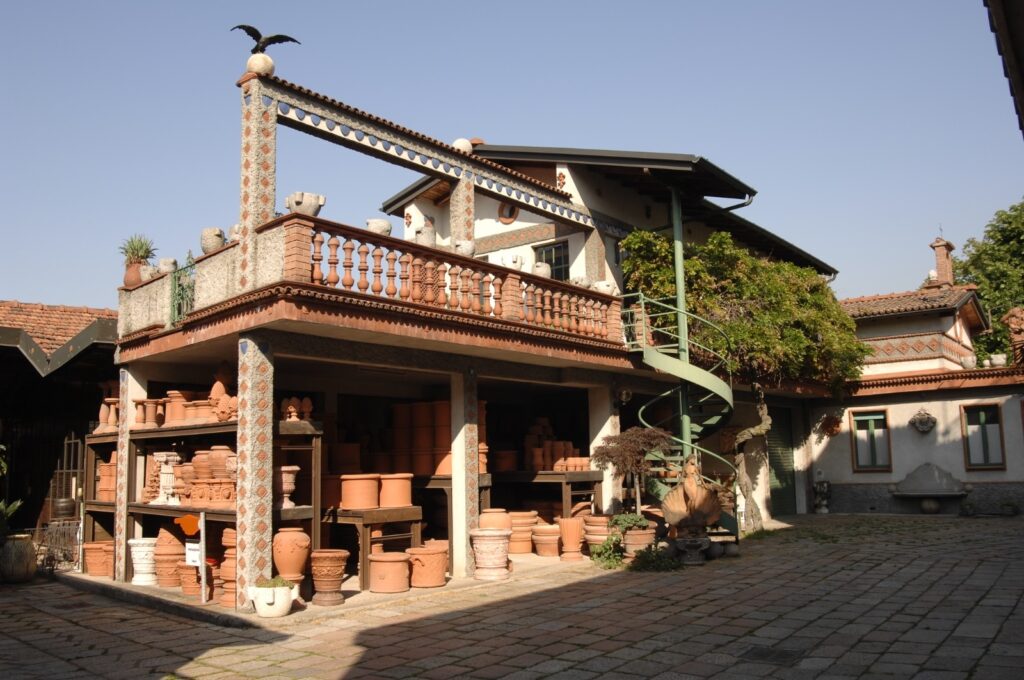 Some of the tiles and bricks meant for the hospital, molded by Solari and Guiniforte, were commissioned to the kiln run by Giosuè Curti, a nobleman serving the Sforzas, whose workshop was located near the Colonne di S. Lorenzo colonnade back then, along the Naviglio canal that flowed on the modern Via De Amicis street. In the same period, architect Fondulo, who had sculpted tiles for the Certosa di Pavia monastery, glazed several of his architectural friezes at the Curti’s kiln.

It is thus to the Fornace Curti’s kiln that we owe the construction of monuments like the afore mentioned Ca’ Granda and Certosa di Pavia, as well as the Morimondo Abbey, the Chiaravalle Abbey, the famous church of Santa Maria delle Grazie, the Archdiocese and the Fossati theater in Milan, and the Duomo cathedral in Monza, just to mention the most renowned. The Fornace Curti kiln has also taken care of their restoration, fully respecting the age-old tradition of Lombardy’s ‘cotto’ fired bricks. Over the centuries, the Curtis’ family have moved their kiln to four different locations, but have never left the Porta Ticinese district, and most of all have never stopped kilning. 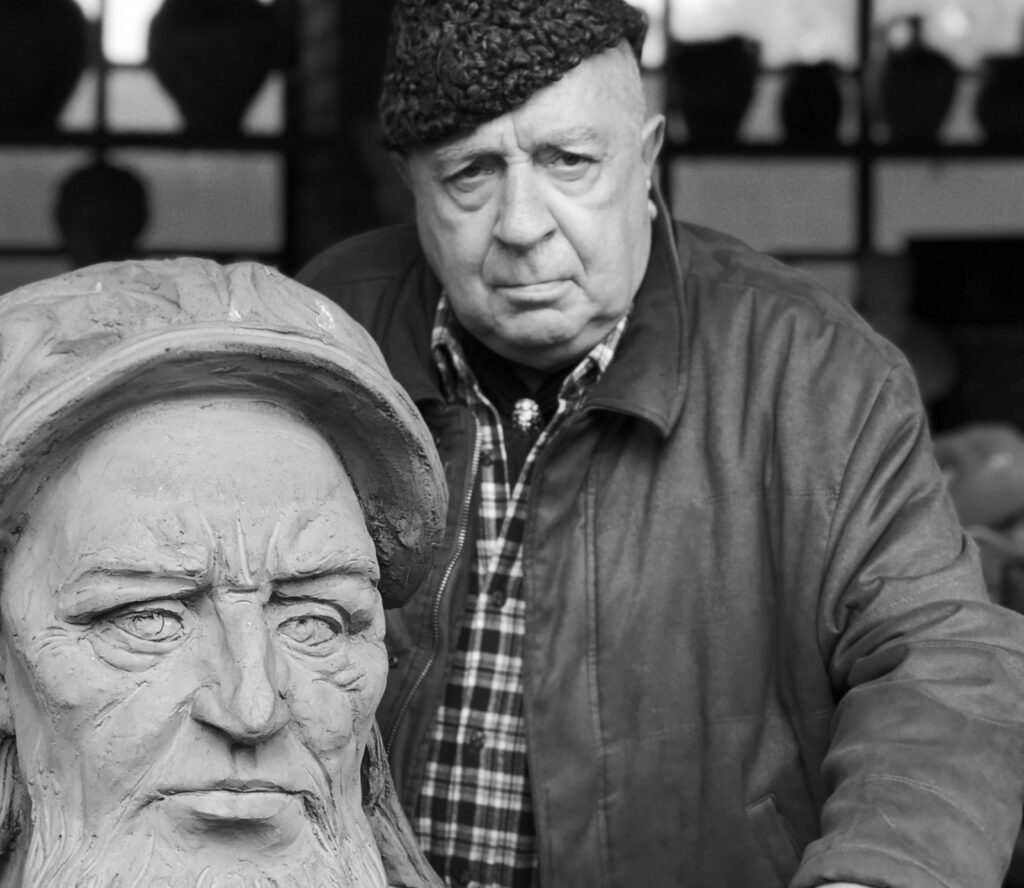 Is this an art or a profession today? It is what we have asked Daria Curti, who coordinates the Fornace’s business and manages the surrounding Borgo together with her husband Alberto, the last descendant of the Curtis’ family. 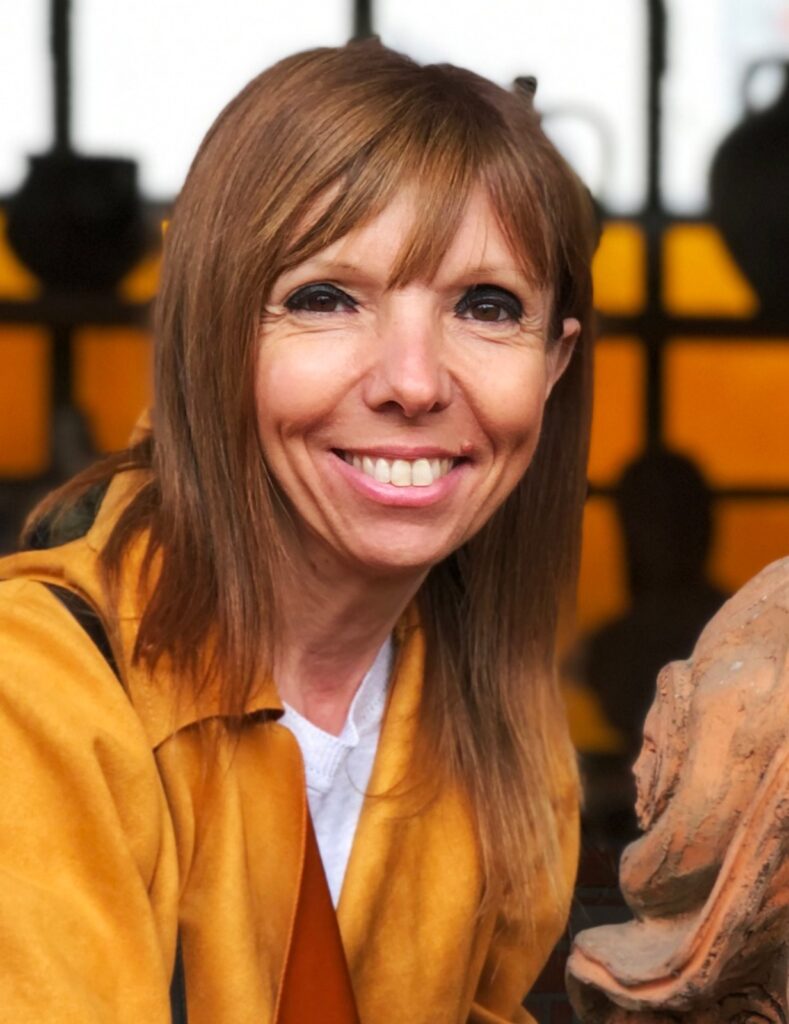 Creating with your hands and mind is one of the first forms of art ever developed, as testified by pre-historic remains of earthenware that already born some sort of decorations.

The practice of ‘embellishing’ these objects shows that primitive peoples already felt the need to create tools that were not just useful, but artistic, too.

In addition, the potters’ job has always been considered as something almost magical. Potters were those who made the alchemic dream of transforming elements come true, the dream of the earth that becomes stone.

It has even been used as a metaphor of the divine creation.

Now as back then, kiln workers are not just artisans, but artists, too.

Art becomes a job when we choke on bureaucracy, on administrative paperwork.

Nowadays, what is difficult in our business is keeping a balance between artistry and cost-efficiency. Being entrepreneurs and artists at once is not easy in Italy. The system is gnawing at artistic spirits, and does not support the efforts made; if anything, it makes things even harder at times.

How was this inventive circle of artisans and artists that is the Borgo Curti born?

Our Borgo was born of a project by my husband, sculptor Alberto Curti, to make a dream of his come true: surrounding the pre-existing kiln with places where the artists could work, debate and create their pieces in total freedom. A place for experimenting and finding inspiration.

The first buildings rose around a former farmstead called Cascina Varesina and its chapel, then the workshops were added to the kiln itself and the surrounding plot of farmland. Bit by bit, the artists that called by to collect orders at the Fornace would stop to work in the Borgo; this is how the first artistic workshops were born, growing over the years to reach the current 20. 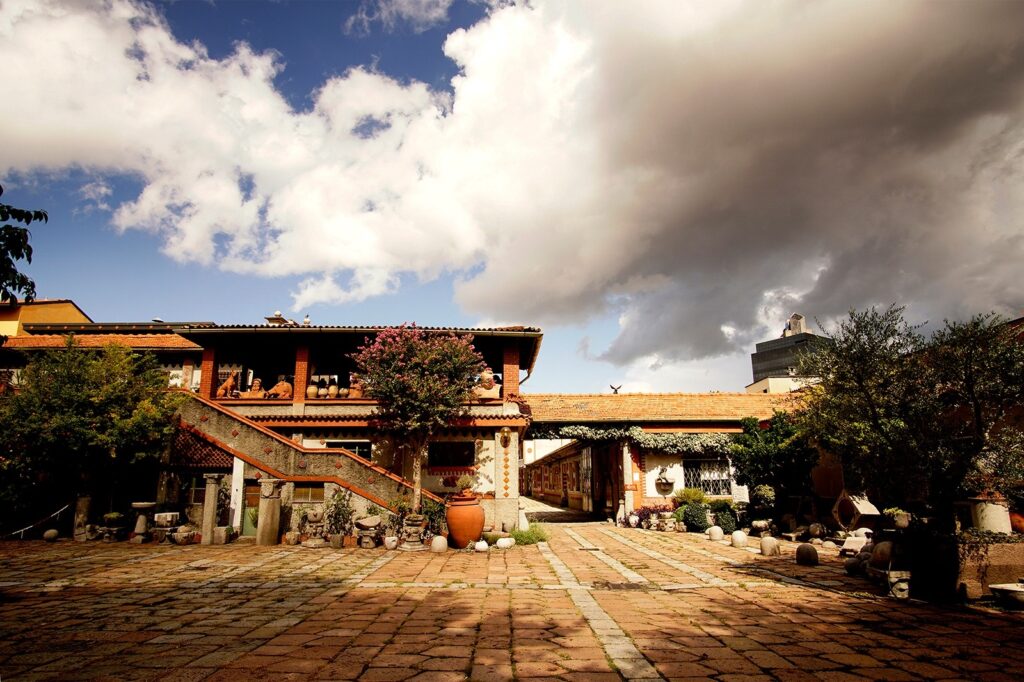 If we also include the greenhouses, which I personally care for, and the Enclave, we have the Borgo’s current layout.

What is the purpose of the Enclave that you have just mentioned?

It is a building dating back to the late 19th century. Once used as a deposit for freight wagons, it has later become an event location hosting up to 100 people.

The original wooden vaulted ceiling and a large open fireplace add to the enchanted atmosphere that pervades the air here at the Fornace.

What is Lombardy’s traditional ‘cotto’? What are the properties making this product unique?

The use of ‘cotto’ tiles and bricks spread in Italy in the 15th century, particularly in Lombardy and Emilia-Romagna, where it soon became the most common construction material, being the easiest to source and the least expensive.

Anciently, clay was extracted from the area where the kiln stands now.

Ours came from Cascina Boffalora, which is now the Sant’Ambrogio district in Milan. As these are no longer available, we are now using a blend of clays from the Oltrepò Pavese area and from Piedmont. 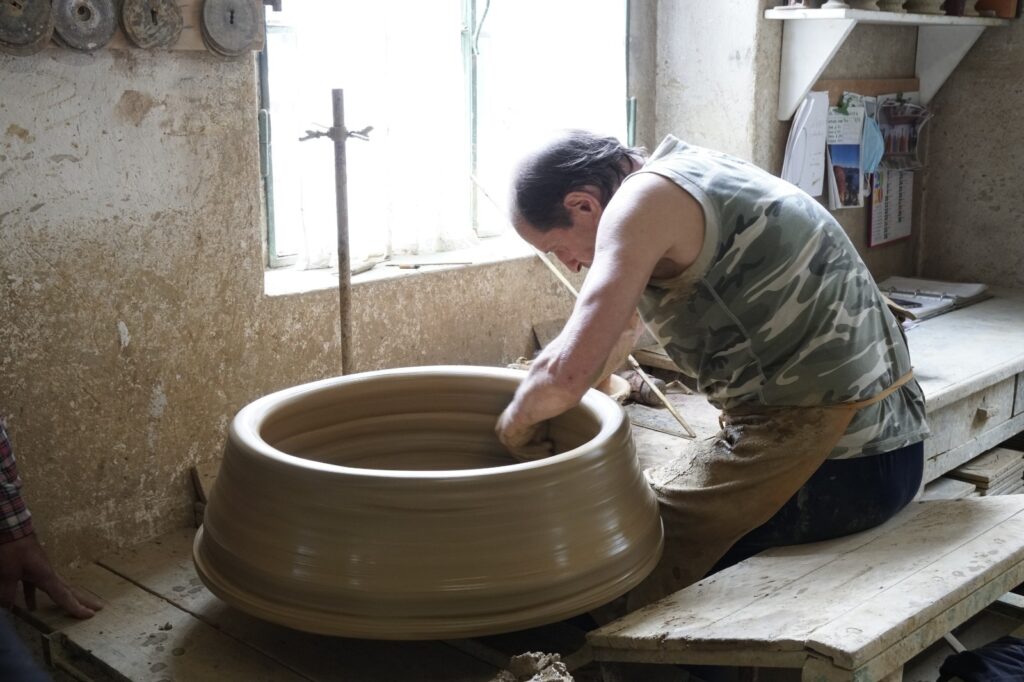 Anti-freeze clay, which we are still using today, contains iron oxides that give products their peculiar yellow-reddish color during the glazing process, plus unique hardness, porosity and heat resistance.

What do you mean exactly by majolica?

Majolica is a kind of pottery made from a porous body that is glazed in a stanniferous enamel. It is named after the island of Majorca, Spain, which was one of the most active hubs in majolica trading in the Middle Ages. The curious fact is that outside Italy, the same products are known as ‘faïence’, from the name of the Italian city Faenza, which was one of the most important European suppliers for centuries.

Besides producing artifacts, are there other activities going on inside your Borgo?

Our Borgo aims to preserve the memory of all the artists that have left their marks in earthenware over its six centuries of history. It serves as a hotbed of ideas for designers making prototypes; we organize guided tours to make the molding techniques known. Our Borgo intends to protect the ancient art of Lombardy’s ‘cotto’ tiles, and has becomes its ‘guardian’, as this is unfortunately the last kiln left to take care of the whole production chain. In addition, as already mentioned, we still hosts artists that mold and glaze clay in shared spaces or own their own workshops here, where they welcome visitors for our traditional spring opening on the third weekend of May.

What do you see in the Borgo’s future?

In our tradition, the actual molding of artifacts combines with artistic creativity. Clay is a pliable, relaxing, corroborating material.

Respecting the processing times is key to clay making. One must take all the time they need.

This is why so many people have approached clay in this time that has forced us to slow down.

Moreover, rediscovering our homes not just as places where to rest, but as the heart of our interests and activities too, has motivated many to reorganize spaces and decorate them.

We cherish the hope that such a forced change will leave us with a future generation that loves practicality and the environment more, and that can appreciate and enjoy the beauty of handmade, sustainable productions.

All values that the Fornace Curti has been treasuring for over six centuries.