At times, even a Skype interview can convey the warmth, scents and emotions that words strongly release from beyond the screen.

That incredible feeling when you shake hands with someone, feel an instant connection and smile, grateful for the new encounter and acquaintance.

This is what it felt like to talk with versatile artist Silvia Nair, a singer, performer, musician, songwriter and composer of soundtracks for movies and documentaries.

A radiant woman with a strong personality, shaped by the remarkable work that she has determinedly carried on to make her dream come true.

A late debut, as she calls it, at thirty years of age, when she turned her life around and left her family’s long-running professional background in law in order to spread her wings towards music and singing.

My family has not quite appreciated my choice to leave their professional tradition behind. I have fought fiercely to follow my dream, and I have been lucky to have my mother’s support. She understood that I had no other choice, because music had truly taken over. I was sure I was meant to be a singer.

What does being an artist mean to you?

Being an artist is not a profession. It is a way of being, of deeply feeling everything that surrounds us, with a sensitivity that creates images colored by small bright dots, that develops a story from the memory of a dream.

This is what my music wishes to create – delicately entering listeners’ minds and opening ways to create new visions.

Your artistic path has been studded with accomplishments right from the start:

Your first album “Sunrise”, released in Japan in 2005 and later on in Italy, GAS, Benelux and other Asian countries (Korea, Taiwan, Hong Kong), climbed the charts. In Italy, the single “Shine On Now” was especially appreciated and soon became a hit, being also used as the soundtrack of a famous TV commercial.

Your second album “Ithaca” was released in 2011 in Italy and the Benelux countries, followed by an evocative voice and piano tour.

In the same year, you won the Lunezia award, alongside the Montecarlo “Rivelazione Artistica Internazionale” award for your astounding international success.

Your name is associated with several artistic performances in Italy and Europe with the major symphonic orchestras and conductors of the likes of Salvatore Accardo, Karl Martin, Hubert Stuppner, Marco Boni, Rui Massena and more. 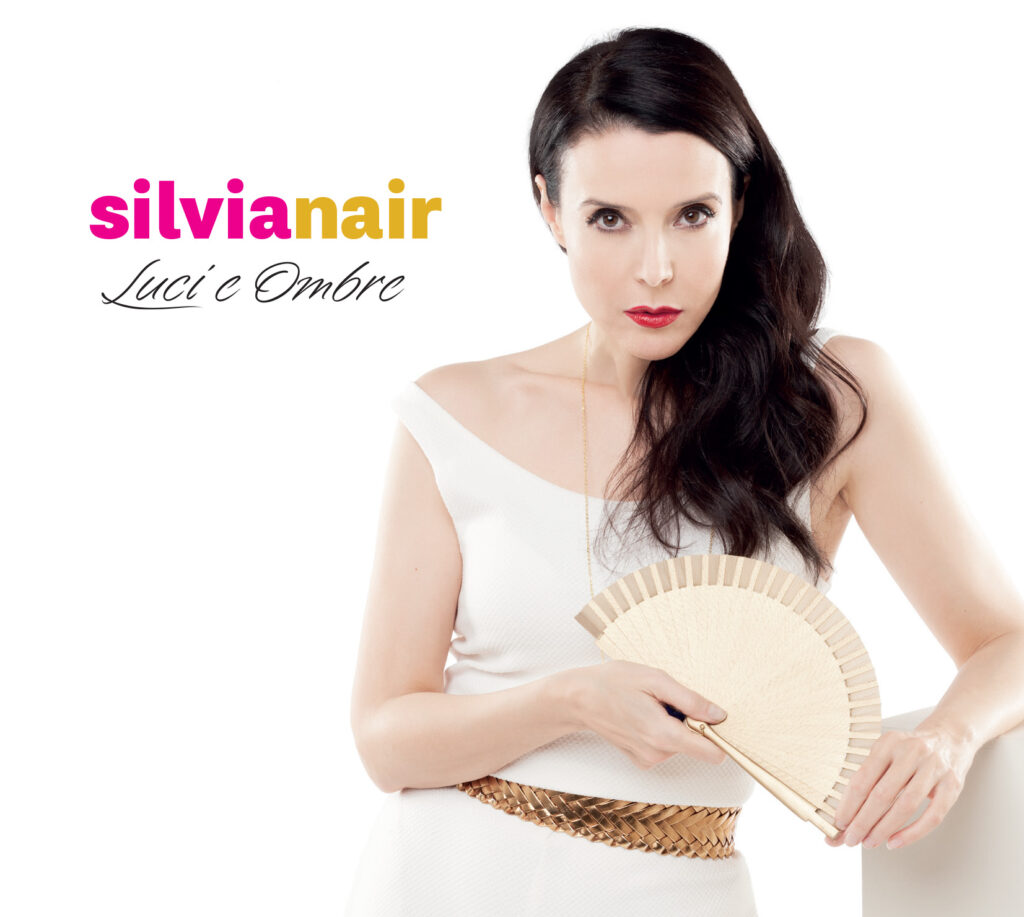 This is not the first time you have sung with great names of music. How do you feel about it?

I am proud of these collaborations, which have touched me and proved that my music is loved, and that I am not alone in appreciating the joy of sharing experiences like these. Great musicians do, too, like tenor Vittorio Grigolo and violinist David Garret, whom I have an amazing chemistry with.

My “Luci e ombre” record boasts the prestigious Dutch production of Franck Van Der Heijden (who has also arranged for Michael Jackson, Justin Timberlake, John Legend, David Guetta, David Garrett, Celine Dion, etc.) and Michael La Grouw. Highly qualified musicians, string orchestras and sound engineers also collaborated to it. It was recorded at the historical Wisseloord Studios in Hilversum and in Amsterdam, but it is more Italian than ever!

It speaks our music language, which brings along the heritage of the opera, the bel canto and romance lyrical pieces.

“Luci e ombre” is a pop-rock symphonic record, yet poetic at the same time. In it, you have made music and lyrics out of the lights and shadows that are inherent in the human nature and our daily lives. An intense journey filled with emotions, where the mind and heart meet and clash emanating their power through your voice.

How would you describe this new work of yours?

With these lights and shadows, I have drawn an inner world going from whispers to cries, from intimacy to epics, from rock to romance.

My music leads to an engaging “non-place and non-time”, a modern lyricism where I have paved a new road thanks to my free spirit, passionate nature and love for challenges, which put me beyond fashions, clichés and contemporary conventions.

“Ho visto un sogno” (“I have seen a dream”) is one of the songs that have struck a chord with me the most. I could feel the evocative power of the dream. Would you tell me about it?

“Dreams write stories, dreams can change the history of humankind“. This sums up everything I want to communicate through this symphonic rock song. Dreams have changed my life. With “dream”, I mean an objective to pursue that inspires strength and courage, overcomes limits, fears and prejudices, and enable to achieve impossible goals. Being able to dream makes us feel alive, reminds us that challenges can be won, and that we should never, every stop dreaming.

In our conversation, you have often mentioned freedom, a freedom that begins with being aware of what you wanted to be, who you wanted to be. Your commitment has allowed you to make your dream come true, as it has taken you away in a creative flight beyond singing.

For me, freedom and awareness really are connected to each other. Being able to dream creates the big picture, but knowing what door you would like to open and what paths you would like to tread is absolutely important in order to give significance to your wishes.

Then there is “Sono qui” (“Here I am”). I will not hide that this is a truly energizing song…

It is a symphonic pop piece with an enthralling rhythm and an ariose, captivating music.

With it, I affirm my existence, my presence and essence after a hard, troubled, upstream path. Being alive and free is the result of an exhausting work, a daily struggle that leads to conquering oneself and what one deserves.

I will quote a biographical note about you:

Silvia Nair has collaborated with prestigious artists Franco Battiato (an opening act during the 2004 tour), Lucio Dalla (a duet in Agrigento’s Valley of the Temples), Ron (at the Musicultura Festival in Macerata), Claudio Baglioni (at the O’Scià festival in Lampedusa), Andrea Bocelli (at a charity event at Palazzo Montecitorio, Rome). She performed in Brazil for the people and former President Lula, in Jordan for charity institutions and the royal family, several times at the Vatican for Pope John Paul II and Pope Benedict XVI.

For cinema, she has composed and interpreted several soundtracks, including “Freedom”, the title track from “El numero Nueve – Gabriel Batistuta”, the docufilm by Pablo Benedetti that celebrates the life and career of the Argentinean champion (previewed at the 2019 International Rome Film Festival, now available on Amazon Prime Video and Sky), the music from the docufilm “Il Triangolo delle morte – I mostri di Firenze” (directed by Andrea Vogt) aired on Sky and La7 in “Atlantide”, and the soundtrack of the movie “Anja – Real Love Girl”, a psychological thriller (directed by P. Martini and P. Benedetti) previewed hors concours at the Lucca Film Festival e Europa Cinema on October 1st.

Have these encounters been important to you?

Everyone you meet leaves you a small something of themselves, no matter if they are famous artists or prominent figures like Pope John Paul II or Pope Benedict XVI.

I believe in humans, in their ability to share and build the future, although sometimes there seems to be none. I believe in the ability to resist, to overcome difficult moments, to loyally support one another in order to go on.