A mythological name, a futuristic design and extremely hi-tech on-board solutions. Steeped in magnetic beauty, the 90’ Argo is the latest fantastic Riva flybridge and it is preparing to take seas all over the world by storm, starting with America. The streamlined, dynamic profile of this new work of contemporary nautical art was unveiled at the world première in Miami on 9 March. 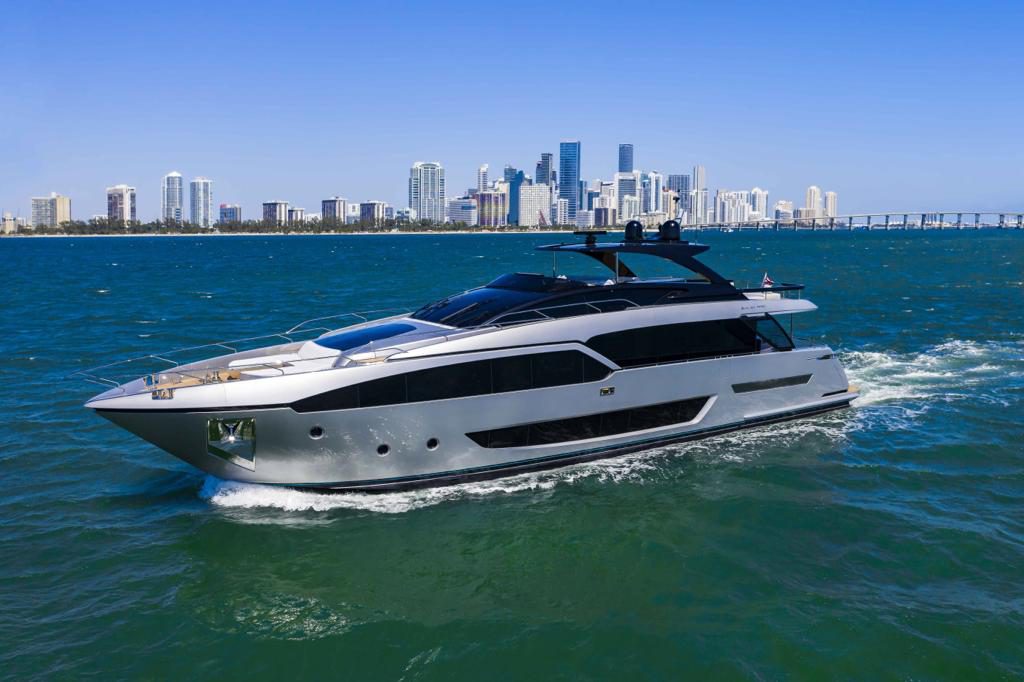 With a length of 28.49 metres (93’6’’) and a beam of 6.50 metres (21’4’’), the Riva 90’ Argo combines andenhances the strengths of its two Riva predecessors, the 100’ Corsaro and 110’ Dolcevita, while revealingits own distinctive, enchanting personality. Once again, the ace in Riva’s sleeve with this new model is the instantly recognizable design, from the exterior to the numerous interior details.

The Riva 90’ Argo is an exceptional flybridge that elicits a complementary blend of attention to detail and emotion. The sight of it alone is a spellbinding experience. Once you are on board, you realize why the newRiva flybridge generation is currently unrivalled

Wenamed it after the Argo, which was the vessel of the famous Argonauts and the first ever ship to sail the seas. It is also the Italian name for Argos, which is one of the largest cities in Greece. With its innovative looks and its fabulous fusion of style, luxury and technology, Argo has set a new benchmark that will guide Riva and the nautical world in the near future

The new flybridge is a product of the partnership between Officina Italiana Design (the studio founded by designer Mauro Micheli together with Sergio Beretta) and the Ferretti Group’s Product Strategy Committee (headed by engineer Piero Ferrari) and Engineering Department. The aerodynamic qualities of the profile are highlighted by a number of distinctive exterior design features, such as the large hull windows, the long, full-height glazed windows on the deck and the aft lateral structures with glass surfaces.

Once again, Riva has shown its capacity to innovate with a model that perfectly encapsulates quintessential Italian nautical know-how, with aesthetic appeal and superlative traits worthy of a contemporary legend.

To cater to the needs of American owners, an exclusive alternative cockpit layout is available for the Riva90’ Argo. It comes with a bar unit, two seats, two sofas and a coffee table by Paola Lenti. This version of theRiva 90’ Argo was presented at the world première in Miami, against the stunning backdrop of the Epic Marina hotel and Zuma, which is the most glamorous restaurant in the city. The venues were closed to the public as more than 200 guests watched the new flybridge being showcased at the spectacular private event, which featured a fireworks display that was unprecedented in the centre of Miami. 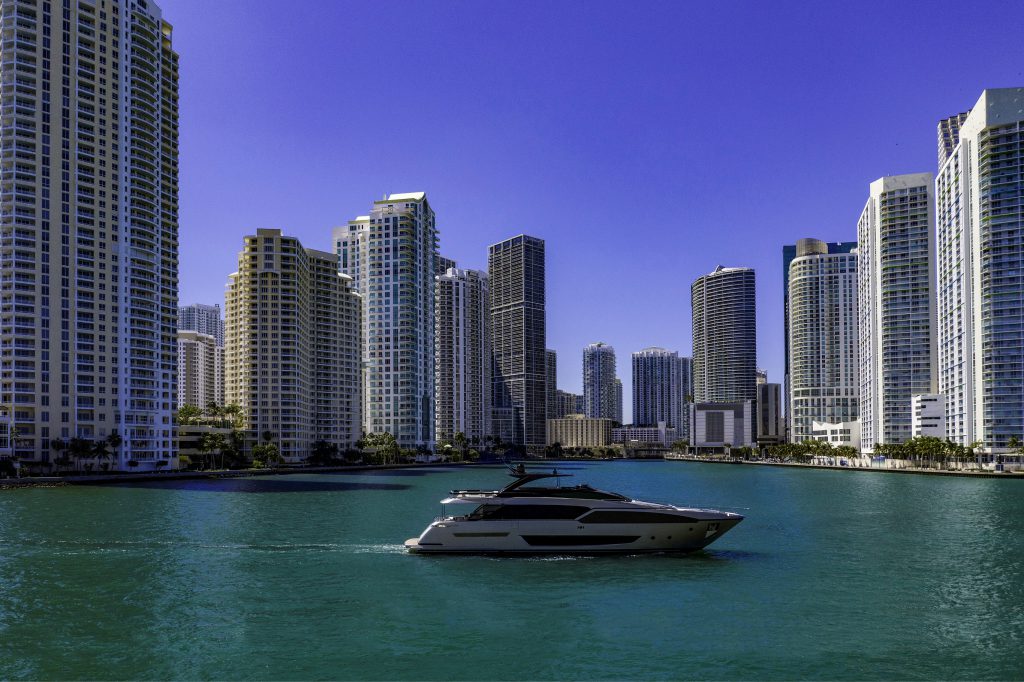 Accompanying the new vessel for the occasion were the Riva 100’ Corsaro, which made its international debut last year in Hong Kong, and the Riva 66’ Ribelle, which was presented on the global stage in Monte Carlo last September, with a packed line-up of events. Next up, is the World Première of the magnificent Riva 50 MT, which is the first steel creation by the Riva Superyachts Division. It will be presented before the eyes of the world at the Venetian Arsenal in June