Since its founding in 1888, Carl F. Bucherer has been at home in Lucerne, one of the most picturesque cities in Switzerland. Indeed, it is with great pride that the brand identifies itself with the city of Lucerne. However, over the course of its 134-year history, thanks to the adventurous and cosmopolitan character of its founding family, Carl F. Bucherer has established itself as a free-spirited watchmaker with a contemporary character, able to feel at home anywhere in the world. world. The new Heritage BiCompax Annual Hometown Edition pays homage in a completely unique and extraordinary way to 16 of the cities, distributed in nine different countries, that the brand has “adopted” and made its own. 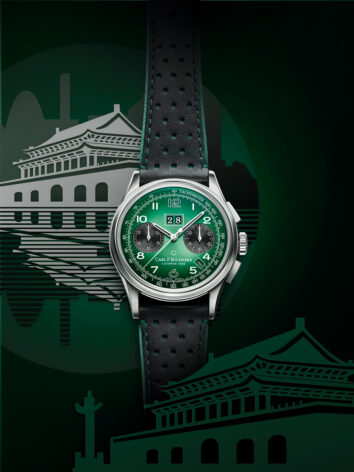 Rooted in the heart of Switzerland…

The one between Carl F. Bucherer and Lucerne, the city where the company was founded in 1888, is and will always remain a very strong bond. However, as a fully-fledged global brand, Carl F. Bucherer has also developed very close ties with some of the most famous locations in the world. With its Heritage BiCompax Annual Hometown Edition watches, the company now intends to pay tribute to Lucerne and 16 other cities that it can proudly call “home”.

… but that feels at home anywhere in the world

Carl F. Bucherer is a 100% Swiss brand and, therefore, it is not surprising that eight watches in the collection pay homage to some of the most incredible places in its country of origin: one of these is obviously Lucerne, to which are added Basel, Bern, Geneva, St. Gallen, Zermatt and Zurich. Two of the countries bordering Switzerland, Austria and France, are instead represented by the Heritage BiCompax Annual Hometown Editions through dedicated models, respectively, in Vienna and Paris. In addition, the company has also created models to pay homage to two German cities, Berlin and Munich. The offer is completed with five other world capitals: Beijing, London, Mumbai, New York and Tokyo. 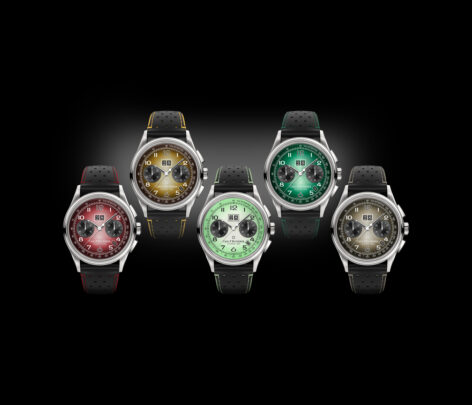 Sascha Moeri, CEO of Carl F. Bucherer, affirms that the message expressed by the Hometown Edition watches is an emotional message closely linked to the brand: «International travel has always been a fundamental aspect of the entrepreneurial spirit that characterizes the Bucherer family. In essence, we can say that the Bucherer family was a forerunner of modern travelers who currently travel the world for work. In fact, the Bucherer family set out on a journey to discover the world and felt at home wherever they were, discovering new opportunities and getting to know the people closely related to the various places they visited. The result is that the Carl F. Bucherer brand is currently present in most cosmopolitan cities around the world and, in the spirit of the open and adventurous spirit that moved the Bucherer family, it feels at home in each of these cities! ”

Engraved on the caseback, emblems with an iconic character

What makes each watch so special is an effective three-dimensional engraving on the sapphire crystal of the back and dedicated to the respective city to which the watch pays homage. For example, the Lucerne edition features the Chapel Bridge, the city’s emblem, while the clock that pays homage to Tokyo represents its skyline with Mount Fuji in the background. The engraving on the back of the Heritage BiCompax Annual dedicated to Beijing instead depicts Tiananmen Square, the symbol of the city. Each edition is distinguished by a glass on the back that is unique of its kind, in which an iconic monument is depicted and therefore identifiable with the respective city. 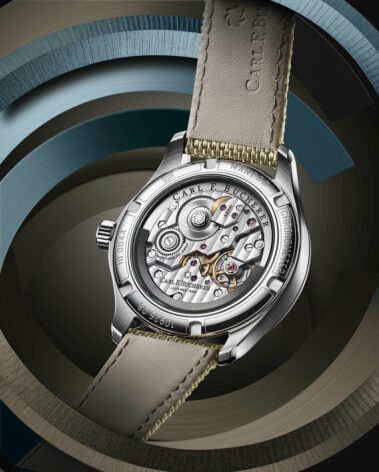 In addition, the Hometown Edition watches come in various colors. Sascha Moeri, CEO, says: “We wanted to do something more special than a classic watch launch. We then discussed the preferences of their respective customers with the boutique teams present in each of our cities; this has allowed us to choose colors able to meet the desires and satisfy the needs of customers in each city. ”

The watches have a gradient dial, that is, with the center of the silver dial which, proceeding towards the outside of the dial, gradually fades towards darker tones of the respective color. With their sun-brushed surfaces, the watches are made in five different colors to choose from: available in yellow, brown, burgundy, green and mint, these dials fully represent a true work of art. art. The watches offer an impressive amount of information at a glance: in addition to the rhodium-plated central hour and minute hands filled with black Super-LumiNova, the watches also feature a second central chronograph hand, a scale a of the speedometer and a large date aperture, positioned at 12.00, as well as the month indicator of the annual calendar, located between 4.00 and 5.00. The black chronograph and small seconds subdials also create a strong contrast with the color of the dial. The watches are presented on a two-tone perforated calfskin strap with stitching in the same color as the dial.

In addition to the engraving of the distinctive silhouette referring to the respective emblem of the city, the backs of the Heritage BiCompax Annual Hometown Edition include the name of the city and the phrase “1 of 88”. The watches made in homage to Beijing, on the other hand, have individual serial numbering and are limited to 188 pieces.

The Hometown Edition timepieces will thrill people who live in each of these incredible cities or who, perhaps, have chosen one of these places as their “city of the heart”. These incredible limited edition watches pay homage in a unique and extraordinary way to some of the most beautiful cities in the world and those who wear them will appreciate the opportunity to fully express their sense of identity in a place that for them it holds a special meaning. 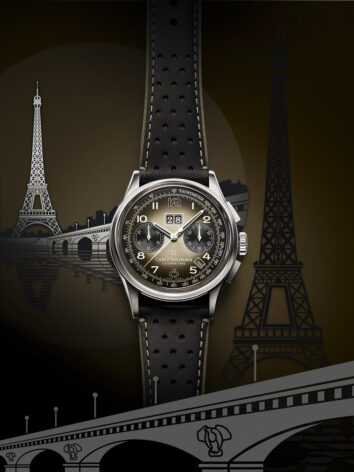 Sascha Moeri, CEO of Carl F. Bucherer, is therefore looking forward to introducing the Hometown Edition watches to all fans who live in the cities celebrated by watches: “There is a special connection with what we consider” our city ” , which is the place where we have our roots and where our values ​​were formed. And, regardless of the physical distance between you and us, “our city” will always define who we are and will always occupy an important part of our hearts and souls. Honoring these ties, Carl F. Bucherer’s Heritage BiCompax Annual Hometown Edition watches will therefore be extremely popular with watch enthusiasts who are proud to show off this wonderful tribute to their favorite cities on their wrists.” 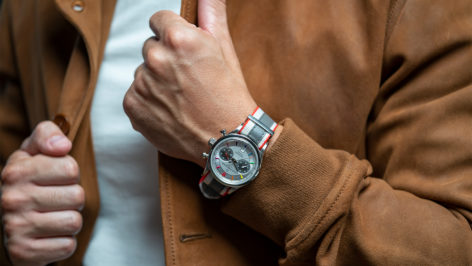 Limited editions of a modern classic 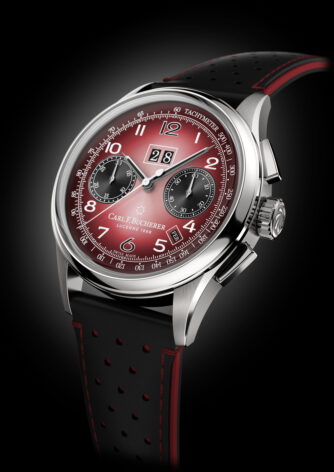 Thanks to a vintage touch combined with contemporary features, this watch perfectly expressed the immense heritage of the brand. With its symmetrical chronograph counters on the central horizontal axis of the dial, which is surrounded by a tachymeter scale, this watch was very successful in its time, establishing itself in all respects as one of the most coveted of Carl F. Bucherer watches. A reputation that the Heritage BiCompax Annual Hometown Edition timepieces will contribute to further enhance.