A grand comeback for InterContinental: the brand’s latest Rome destination in an exclusive preview for Excellence Magazine

Italy is a more and more attractive destination for luxury hospitality. Many new hotel openings are expected in 2021, mainly in the country’s biggest cities, which have been considerably struggling because of low tourism flows, or the lack of any.

Among all Italian cities, Rome is especially known to be a real style icon, and as such, it cannot but be the ideal destination for top brands that are once again gambling on Italy’s great beauty.

But how has hospitality been changing in Rome?

We have asked Luca De Stefano, General Manager of the InterContinental Rome Ambasciatori Palace. Together with his team, he is supervising the re-opening of this historical hotel in central Via Veneto. 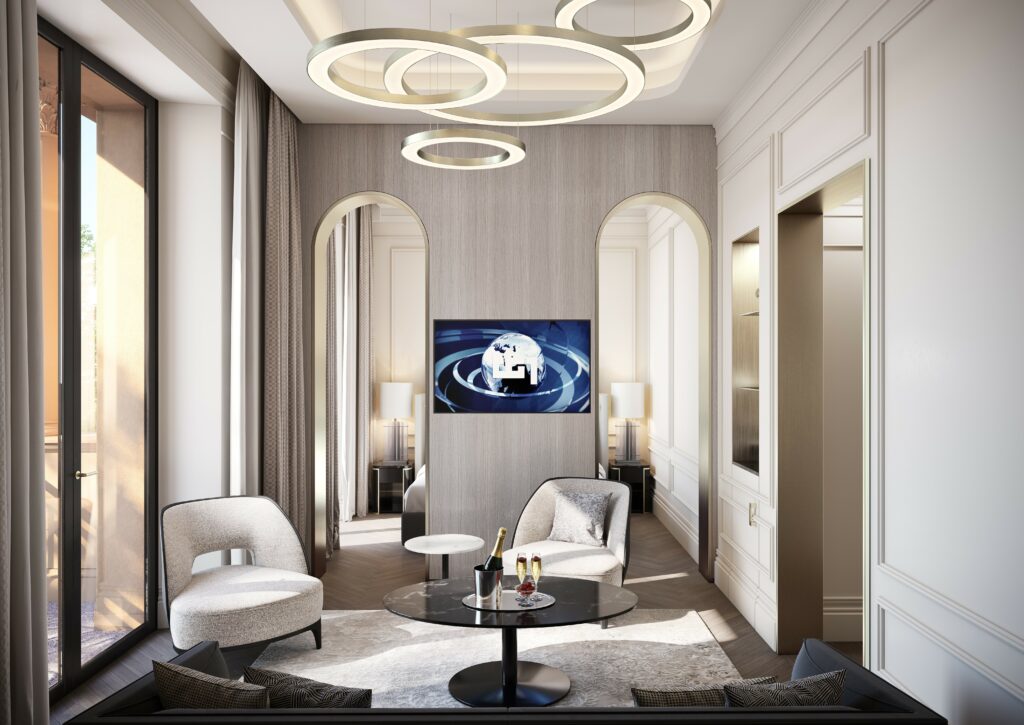 In the past few years, Rome has fallen behind with its hotel offering compared to other European capitals. Luxury hospitality in Rome has only involved small individual properties so far, with no sign of the top international brands. I believe that Rome deserves a wider offering that can restore the city as one of the most coveted tourist destinations in the world.

This renewed zeal will naturally have an extremely positive impact on all related business. In Via Veneto alone, where our hotel is opening in late 2021, more luxury hotels from international brands are expected to appear.

What’s the philosophy behind the InterContinental Rome Ambasciatori Palace project?

Roma is a strategic destination, and InterContinental is a long-established Roman brand.

When we were offered the opportunity to preserve the identity of this historical palace and go back to Rome after being away for 6 years, the project took shape.

We are refurbishing and renovating a Neo-Renaissance palace. As early as the beginning of the 20th century, it used to host ambassadors visiting the capital; when the Second World War came to an end, it started to serve as a library for the nearby American Embassy, then it became a hotel.

Offering 160 state-of-the-art rooms equipped with the most advanced technologies, the hotel will stand out for a thoughtful design conceived to preserve a chromatic harmony, a sense of place, with hints to the local area and Neoclassical and Renaissance echoes.

A palace with a strong institutional vocation, catering not just to a cosmopolitan clientele, used to the highest standards of luxury and hospitality that distinguish the sophisticated, charismatic InterContinental hotels, but to Roman citizens too, through a partnership with LDV Hospitality and their brand Scarpetta, pioneering a new dining concept. The restaurant inside Rome’s InterContinental Rome Ambasciatori Palace will be the US brand’s first opening in continental Europe.

Scarpetta NYC, as the venue will be called, will not just be the usual luxury restaurant in a luxury hotel, but a whole new offering on Rome’s dining scene.

Our project wants to add a touch of New York glam to the Italian capital. We are working to create an innovative international ambiance with a peculiar design. At the Scarpetta NYC, the dining experience will be topped off with a lounge bar and cocktail bar with a dedicated entrance from Via Veneto. 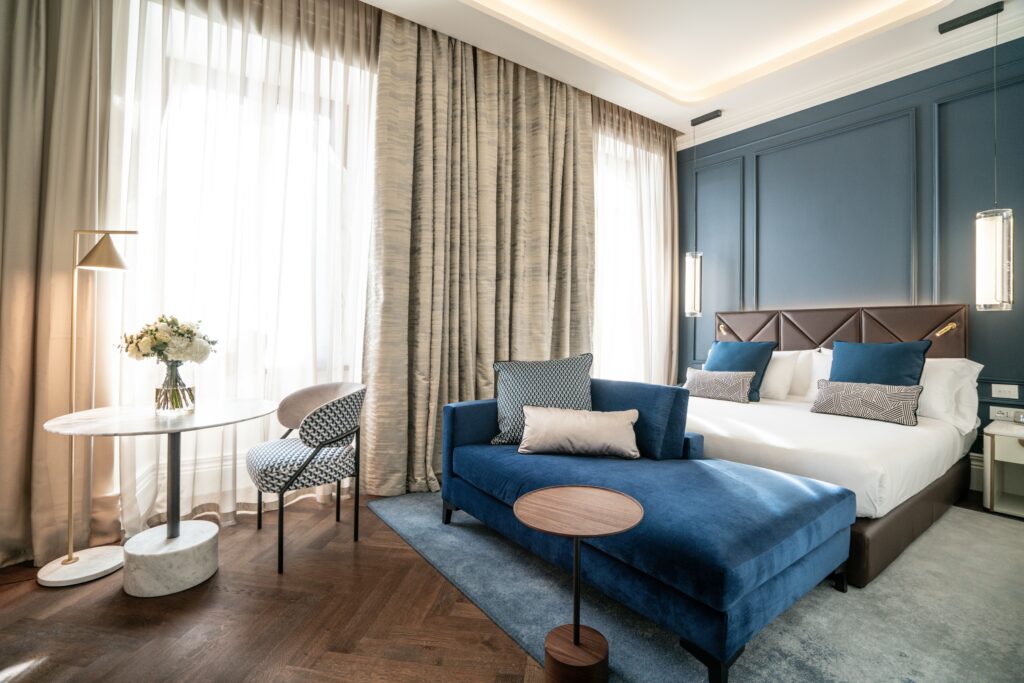 Our hotel will also have a rooftop bar overlooking Rome’s most famous monuments. Climbing to the rooftop bar at the InterContinental Rome Ambasciatori Palace will be an experience in itself, a destination in the destination.

Our project aspires to contribute to relaunch Rome as a destination through an offering that appeals to qualified, conscious clients. This is what a luxury offering is to us.

A central, beautiful, unique historical palace, where InterContinental’s heritage meets Scarpetta’s unrivalled style: an unprecedented offering in Rome’s luxury hospitality, and the opportunity to bring the never forgotten dolce vita back to Via Veneto.