During a recent visit to Matera, I came across the “Palombaro lungo”, a huge underground water cistern that is one of the least known and yet most surprising beauties of the city, famous for its “Sassi” districts and selected as the European Capital of Culture in 2019.

On the tour, our fun guide drew a predictable comparison between the monument before our eyes and Istanbul’s Basilica Cistern, built by emperor Justinian in the 6th century BC and now one of the most prominent attractions of the Golden Horn city, especially after the accurate restoration that was completed in 1987.

The Piscina Mirabilis in Miseno, a real marvel and a secret unknown to many

“So, why not mentioning the Piscina Mirabilis in Miseno…?”, I found myself asking her almost out of instinct, somewhat stirring the other visitors’ curiosity. 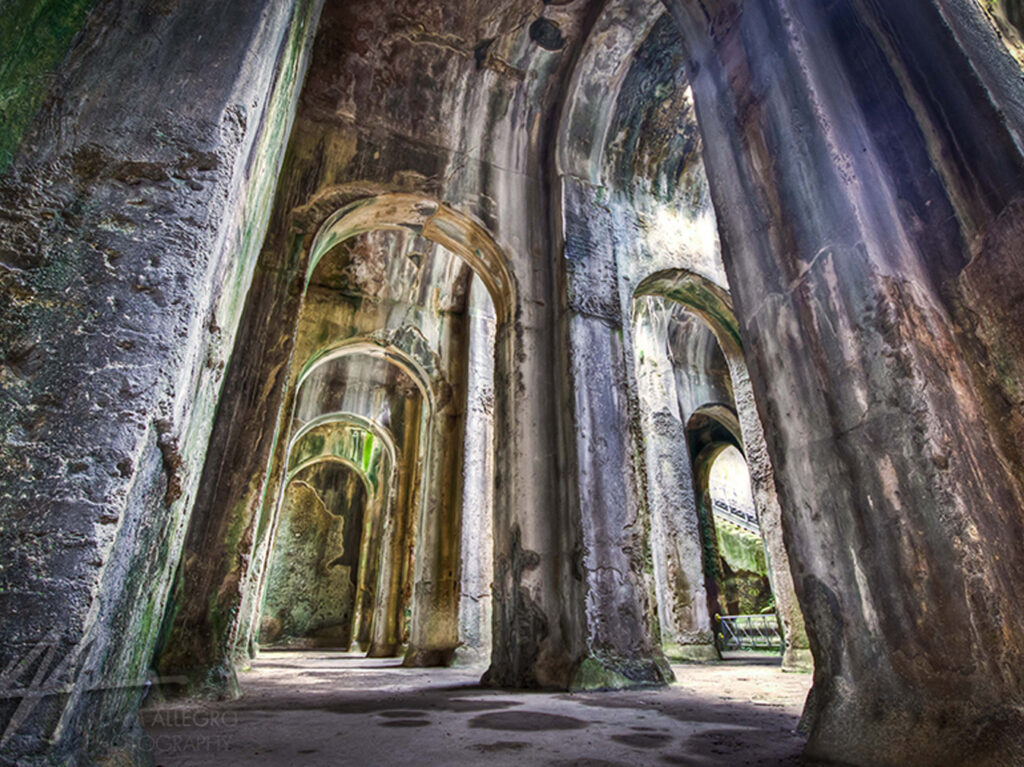 Alas, there is a simple reason for this: Istanbul’s Cistern is famous worldwide and absolutely recognizable, and all visits to the city include the Roman monument – visits that are also flawlessly arranged, upon payment of a fee which is nothing like the standards in Turkey (roughly equal to ten euros).

Although located in Bacoli, just a few kilometers from Naples, the Piscina Mirabilis (Latin for “wondrous pool”) is still a secret unknown to many.

During my childhood and teenage years, I used to spend long holidays (“villeggiature”, we used to call them), which I have never forgotten since, in Capo Miseno, mostly in a beautiful villa sitting in the middle of the local coast, now become a luxury hotel. 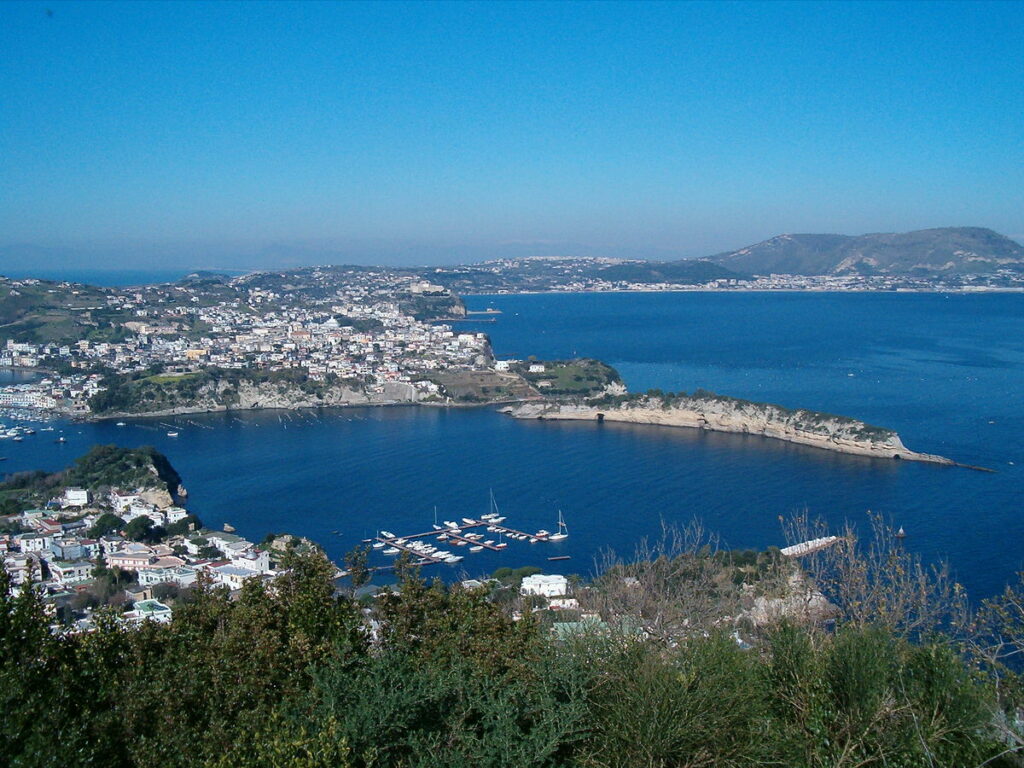 Those holidays and that villa look even more beautiful to me today, probably filtered by childhood memories. I was staying at my aunt and uncle’s, and they taught me how to love the sea in thousands of adventures aboard a small fishing boat that we would use to cross the Procida canal every day.

That short sea branch, just a few miles long, hid a myriad of hazardous challenges. Little did I realize that it all occurred among some of the most evocative, historically relevant places in the whole Mediterranean region.

Filled by emperor Augustus’s water main, which carried river Serino’s water towards Naples and the Phlegraean Fields over abound 100 kilometers, the impressive cistern was meant to supply water to the fleet that Augustus had established around 27 BC, known as the Classis Misenensis (or Classis Praetoria Misenensis Pia Vindex) and the most important of the empire, in charge of patrolling the whole Western Mediterranean area.

Over 12,000 cubic meters of water were stored in an imposing tank dug into the tuff (72 meters long, 25 meters wide and 15 meters high), supported by 48 pillars that form five long aisles and thus create a spectacular perspective effect.

A smaller indoor pool called “limaria”, carved into the bottom of the cistern, served as a settling basin in order to allow for its maintenance.

At a short distance from the Piscina Mirabilis, the “cento camerelle” complex (or “Centum Cellae”) can be found, also known as Nero’s prisons.

It is a water system meant to serve as a cistern for an adjacent Roman villa, but to my teenage eyes, probably because of my beloved aunt’s obliging stories and the appearance of the place (a sequence of narrow tunnels dug into the tuff with side channels), the cistern looked like some sort of gloomy prison for slaves waiting to be boarded on the Roman galleys, all tied to the same huge chain that would run through the whole side tunnel and thus link one “camerella” to the next…

Extraordinary beauties that not even the ravages of time have contributed to hide as much as the horrors of uncontrolled, disordered construction, something typical to the whole south of Italy.

Monuments that other countries would meticulously care for and promote are overshadowed by waste, illegal buildings, and the ever-present sound of car horns that prevents anyone from fully enjoying their beauty.

And yet, such contrasting clashes, such desolation and abandonment may possibly add to the charm of these places, which has not faded and can still be perceived whenever one discovers them, with no tour guides or traced paths stepping in, or swarms of banded tourists to follow.

When alone with the only company of the genius loci, the protective spirit of a place according to the Roman classical religion, sites can be found that were already mysterious when first built, and that have been lucky enough to survive to these days: as if the monstrosities that were created and developed around them had had the indirect consequence of enveloping the beauty they were suffocating in some sort of cocoon, thus preserving it from invading crowds.

After several visits in those years, now so far away in time, I wanted to go back to the Piscina Mirabilis with my beloved uncle and aunt again, just like back then, with the cistern being the only one of us not showing signs of the passing of time.

A maze of alleys inside Bacoli

Nothing seems to have changed: the same maze of alleys with no directions to follow still crosses Bacoli, dodging obstacles like cars parked in disarray and monstrosities, only to end up almost all of a sudden at a street corner where to shrink your car in a parking space just as spontaneous as the surrounding vegetation, in front of a closed gate framed by a Roman wall. 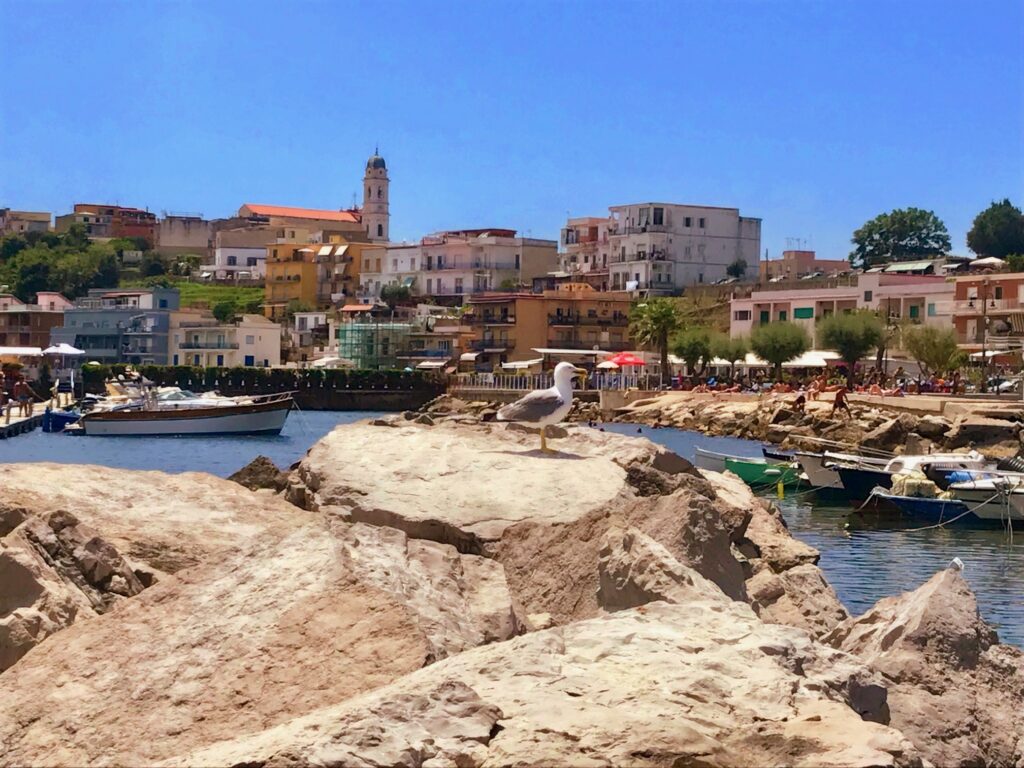 As it was back then, the site is opened by a kind elderly woman that only my distant memories can help me recognize as the same person who was already old and would come open the gate for us fifty years ago. Just like at the time, she makes her appearance following a call.

No entry tickets, and only the rare visitors’ potential, genuine generosity and gratitude can reward her for opening one of the most fascinating Roman vestiges of the region. 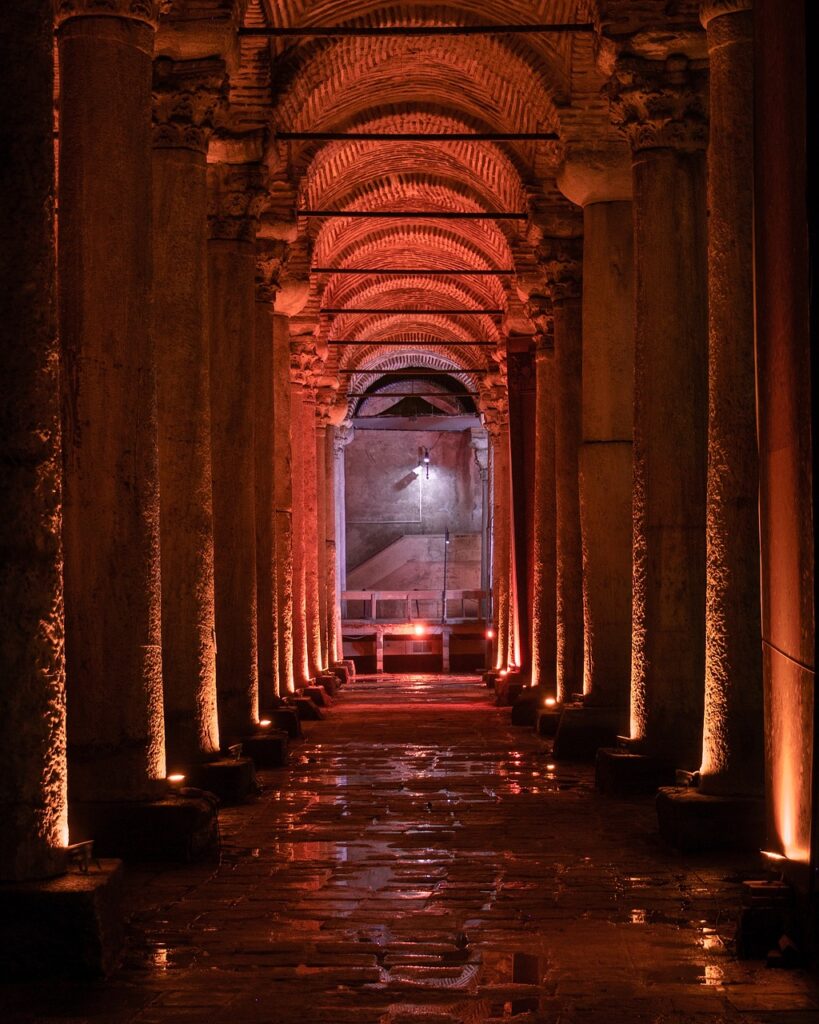 Upon visiting the website of the Superintendence for the Archaeological Heritage of Naples and landing on the Piscina Mirabilis section, not without some difficulty, a rather grandiose notice reads: “Open for visits on holidays and weekdays, Mondays excluded, subject to a request to the keeper, Mrs. …, mob. 333…”.

Here, too, nothing seems to have changed since my childhood; nothing, if not the fact that the number to call is now a mobile one…