Who knows if grandfather Luigi could ever have imagined that his buen retiro on the Segalari hill would become a modern farm and that his experiments with native Tuscan vines would continue to fascinate his grandson Alessandro after more than 40 years! 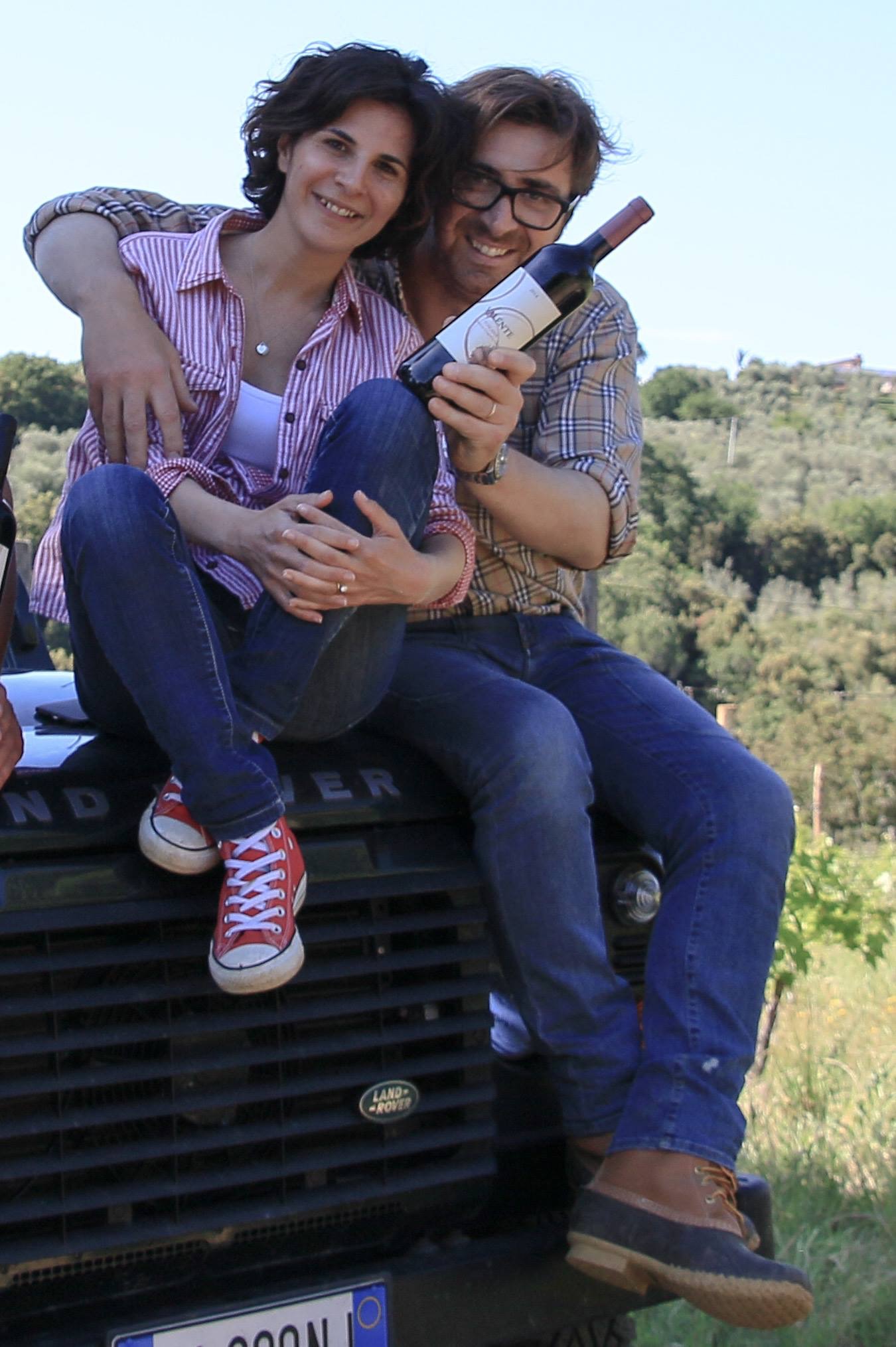 We are talking about Luigi Corradini maternal grandfather of Alessandro Scappini who together with his wife Enrica, a young Milanese manager in love with the Tuscan countryside, is the owner, or rather “keeper” as he likes to call himself, of the Castellacci farm in Castagneto Carducci which produces excellent wines , oil and, for some years, has also been involved in high-level hospitality with design suites built in compliance with the canons of bio-architecture. 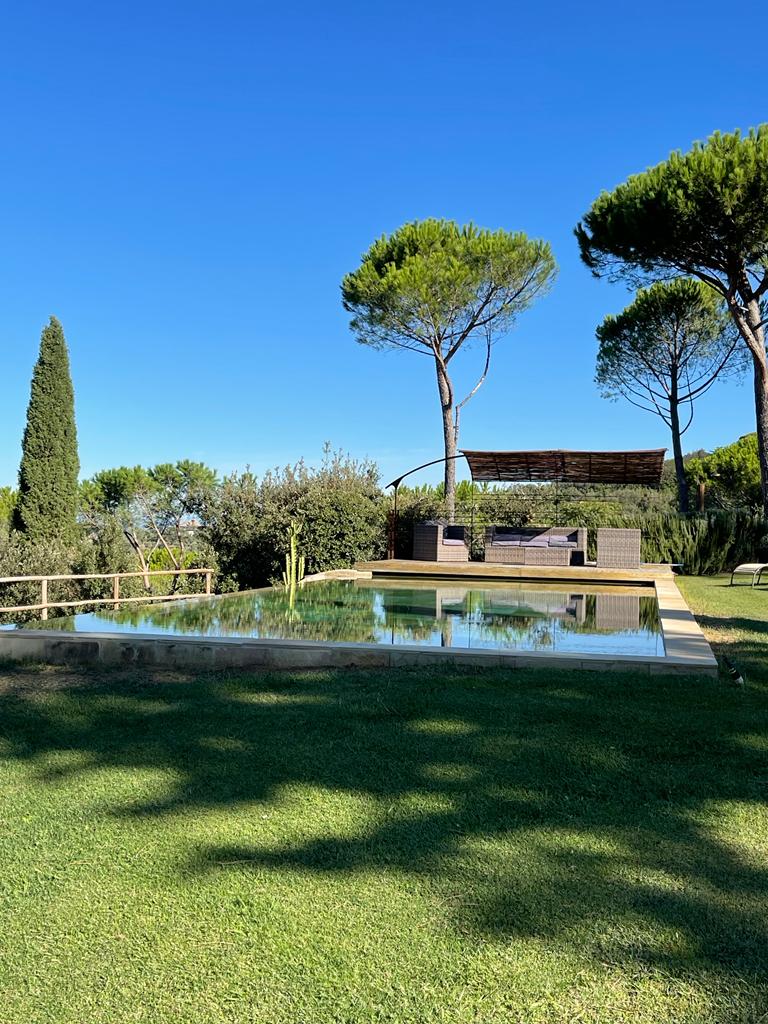 Everything here at the Castellaccio is young and full of history at the same time!

Alessandro’s business idea was born in 2009 after a night mulling over the choices made by his grandfather 40 years earlier.

The myth of DOC Bolgheri had recently exploded, whose consortium was born in 1995 after the issuing of a specification that provides strict indications on the production of Merlot and Cabernet Francs, non-native varietals in the heart of Tuscany.

It is easy to understand that thanks to the favorable microclimate and the conditions of the soil, the Bolgheri area becomes an ideal position for all the international vines to flourish.

The influence of the great families of Italian winemakers who have seen the potential of the territory and of a great communicator like Veronelli, have created in 25 years the Bolgheri phenomenon that we all know.

The land of the farm in those years, in the heart of the Bolgheri DOC area, was instead planted with Pugnitello, Foglia tonda, Sangiovese, native vines, in Italy we have more than 600, authentic and straightforward like the character of the Tuscans who have worked them for centuries.

Against the advice of the agronomist and the oenologist, that night Alessandro, listening to his heart much more than reason, decides to continue the adventure of the autochthonous varietals, in total contrast with what was happening around him. 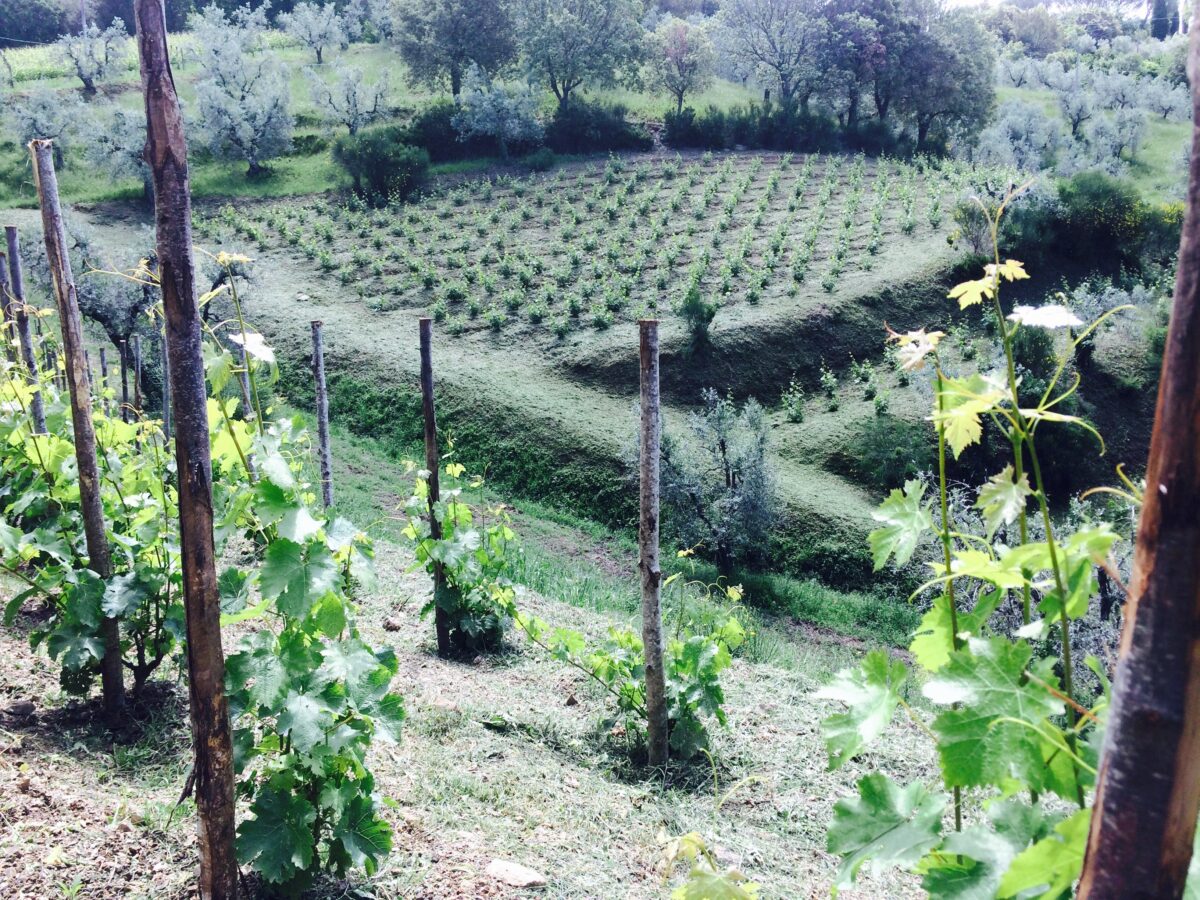 In 2011 Dinostro IGT Toscana was presented for the first time: a pure Sangiovese that is easy to drink, a “gastronomic” wine as Alessandro defines it “for its acidity that cleans the mouth” and which, precisely because of this acidity, can age acquiring softness.

Even the label composed of various polka dots made in watercolor by the artist Andrea Carciola, recalls this work in progress.

And then the Valente IGT Toscana is presented, a blend of the ancient Sangiovese, Pugnitello and Foglia Tonda grapes, which gives life to a wine of great originality, harmoniously complex, unique in the Bolgheri area; a wine that represents the company’s philosophy made of history and innovation and that has definitively launched it internationally, especially on the North European market and in America thanks also to the positive review in the Washington Post by Jancis Robinson.

ORIO the first Bolgheri DOC of the company

2016 saw the birth of ORIO, the company’s first Bolgheri DOC, a classic Bordeaux blend Cabernet Franc, Merlot and Syrah, thanks to the purchase of new vineyards located along the Bolgherese road.

Orio represents a guarantee of daily pleasure, a certainty as it is, when the owner returns home, the greeting wagging of the dog which is reproduced on the label, and for the Il Castellaccio farm it represents the definitive change of pace.

In this period Alessandro planted a new Cabernet Franc vineyard on the Segalari hill, overlooking the sea, cultivated as a sapling, which also became the company logo. 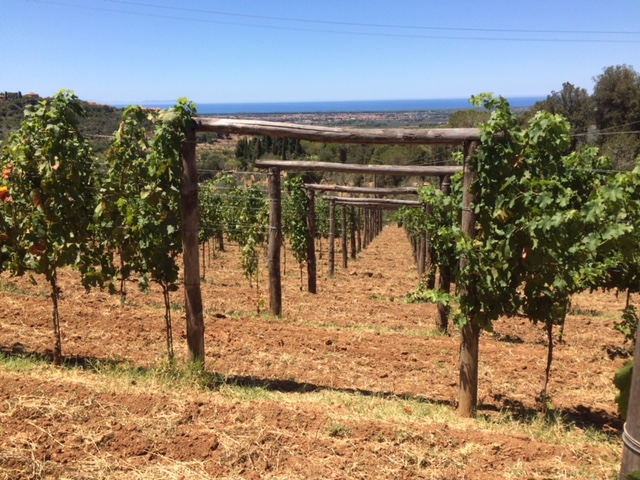 Sapling cultivation subjects the plant to less stress, allowing it to find its natural balance. It is an uncommon choice, but suitable for that type of soil, as is the use of the horse in the vineyard, which carries out plowing and harrowing tasks, preserving the plants and allowing greater oxygenation of the soil; a “heroic” viticulture, as Alessandro defines it, telling us about the project that gives rise to Il Castellaccio Bolgheri DOC Superiore in which once again tradition and innovation go hand in hand.

We are talking about a product made from 100% Cabernet Franc grapes and a limited quantity of bunches obtained from ancient Pugnitello vineyards, two divergent varietals that characterize and make this drink unique.

A complex but unexpectedly fresh wine capable of making you meditate. Once again the present and the past come together in a wine that is certainly the flagship of the estate.

The range of the Podere’s offer has been enriched since 2015 by a new innovative wine, the SOMATICO IGT Toscana, Pugnitello in purity in which the company’s creativity explodes both in the glass and in the label designed, like the others, by the Livorno artist Carciola which shows the image of a face, always the same but always different for each vintage as well as the taste of the wine on the palate at each harvest. 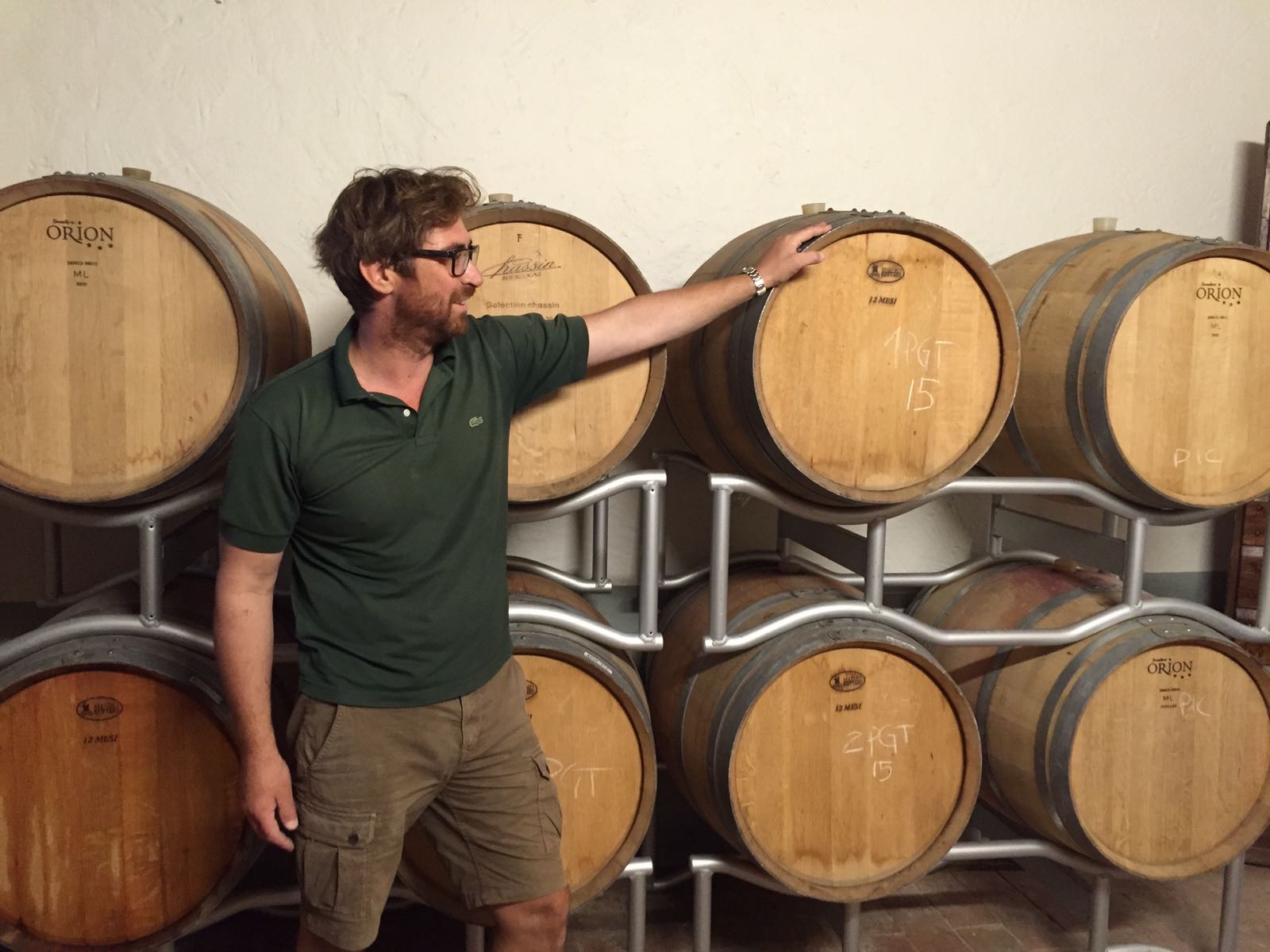 A wine of great tannins and great aging

Alessandro tells us during the tasting in the splendid tasting room overlooking the green of the hill.

Once again the freshness and the acid bases are the characteristics of our wine, only from our best Pugnitello grapes is this cru obtained which contains a sensorial exuberance that only time can shape.

Alessandro, you have come a long way in 11 years! What will happen to Podere il Castellaccio from tomorrow?

I had the great privilege of starting a business, I was able to instill in it my personality, my desire to do, my passion for this magical work; if I think of wine, I think of something ancient, pure, poetic, I think of the story of my grandfather who goes to Chianti to buy cuttings to take here in the hills, I think of the craftsmanship with which we dedicate ourselves to our vine, I think of the harvests ranging from August to October to respect the times dictated by the different varieties. 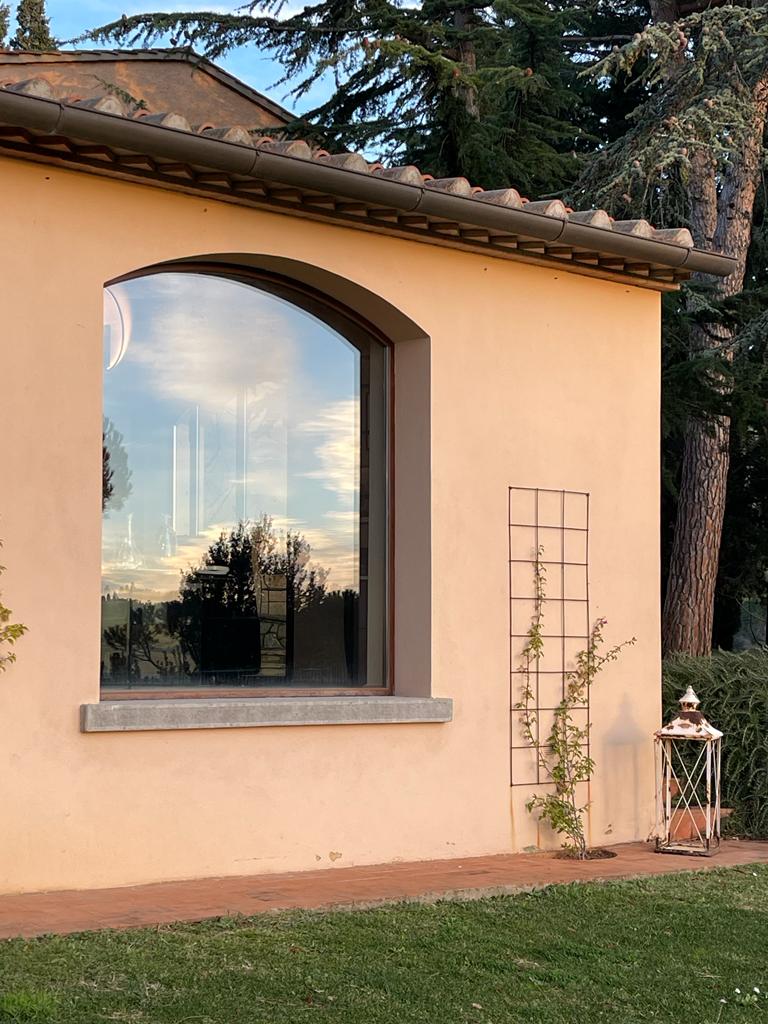 Here in Bolgheri we have great men and women who beat time, show us the way and keep us in line and then there are wine artisans like me who experiment, who can afford the luxury of being creative, bizarre, perhaps a little crazy.

Together we write the history of this territory which is still very young, but already has unique successes behind it. Bolgheri is the denomination that is selling the most in Italy to date, but we do not yet have the historicity of others and this is felt, especially at an international level. We must continue to work with our heads down as we have done up to now by investing in ourselves and in quality.

During the tastings on my farm I tell all this; not the super sophisticated machinery that identifies the right moment to make wine from the color of the bunch, but the farmer who tests, observes, tastes. We are wine artisans and I describe a work on a human scale. 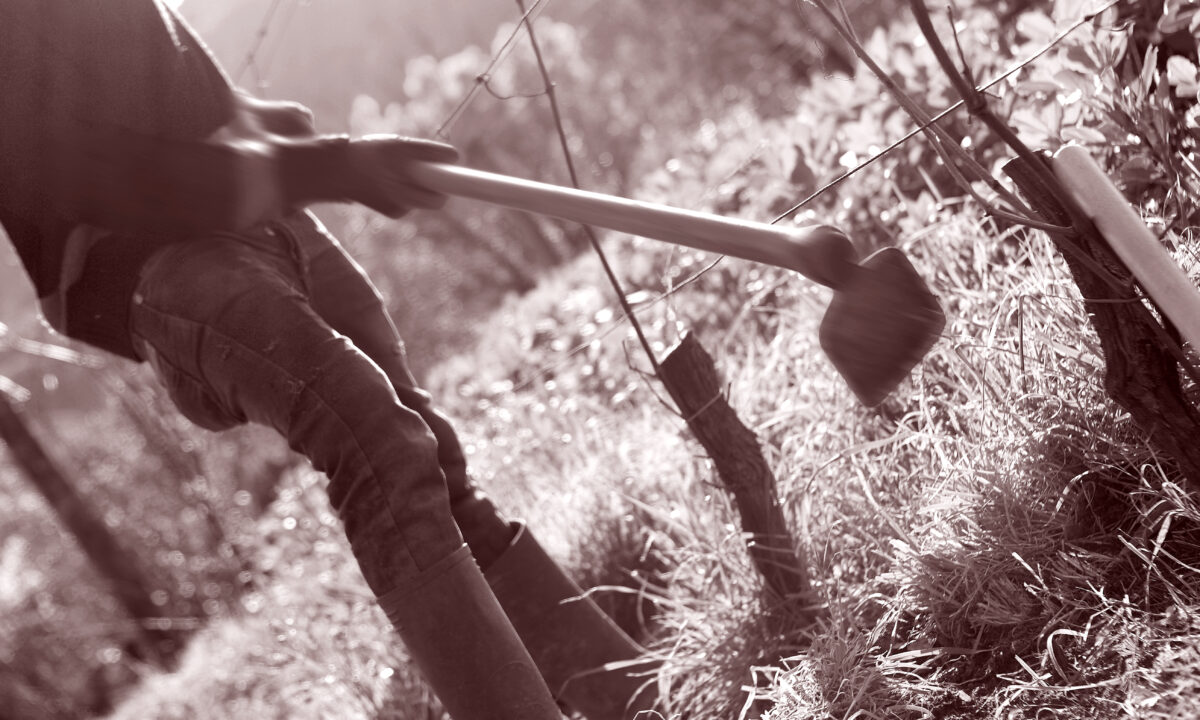 This is my strategy alongside the giants: humanization and differentiation and the world of wine shows that it appreciates these aspects very much.