The regatta, which saw sixteen Maxi Yachts on the starting line, took place as always entirely on the city path of the Serenissima: there were many boats in the lagoon and tens of thousands of spectators and enthusiasts crowded the shores of San Marco and Punta of the Customs office in order not to miss the rare opportunity to witness the maneuvers of the crews up close. 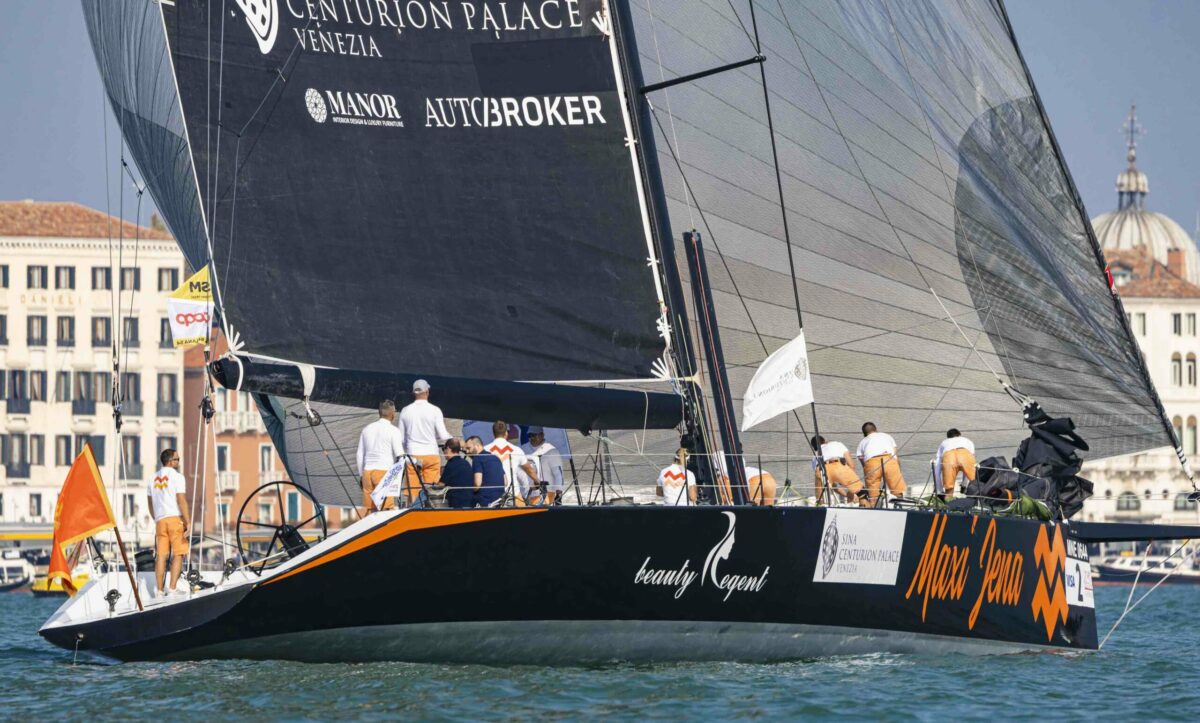 A start with wind between six and eight knots from East-South East saw from the very beginning Maxi Jena – SINA Centurion Palace largely take the lead of the classification keeping it up to the finish line. However, emotions were not lacking along the entire route, with Way of Life – The Gritti Palace and Portopiccolo Prosecco DOC battling for second and third place until the Slovenian boat fell victim to a shoal along the canal of the Giudecca thus bringing Arca SGR to the podium.

A drop in wind in the final part favored the lighter boats. Positive result also for Il Moro di Venezia, who with Tommaso Chieffi at the helm wins the Cruise class and thus celebrates the thirtieth anniversary of his victory in the Louis Vuitton Cup in the best possible way. 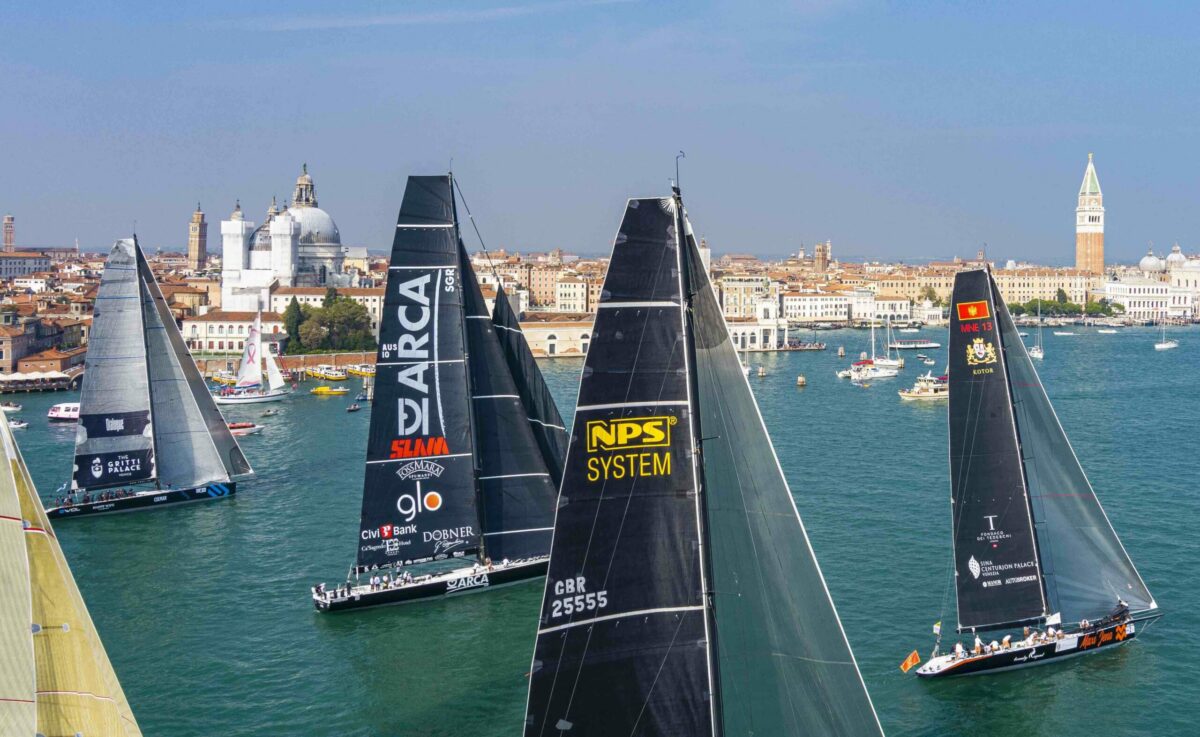 Mirko Sguario, president of the Yacht Club Venezia and organizer of the regatta, presented the prizes proudly stating:

This regatta, thanks to its unique course in the world, once again brought to the heart of Venice a great show that confirms the vitality of the Venetian maritime spirit and its renowned hospitality. I am happy to have the president of FIV Francesco Ettorre by my side, his presence attests to the competitive value and importance of this event for Italian sailing and for this I am honored to appoint him as our Ambassador. I thank the Chief Operating Officer of Vela Spa and Director of the Venice Boat Show Fabrizio D ’Oria for his important contribution which has allowed Venice to become a prominent sporting event of the Serenissima. I am also very pleased to have contributed to the constant work of the Italian League for the fight against cancer with the participation of the maxi yacht Kiwi as its spokesperson and I thank dr. Carlo Pianon and the President of the Municipal Council Ermelinda Damiano for their commitment that allowed the presence of the Vaporetto Rosa in the lagoon

The president of the FIV Francesco Ettorre congratulated Mirko Sguario for having conceived an event that allows the sport of sailing to be closely visible even from large audiences, a real spot for Italian sailing. 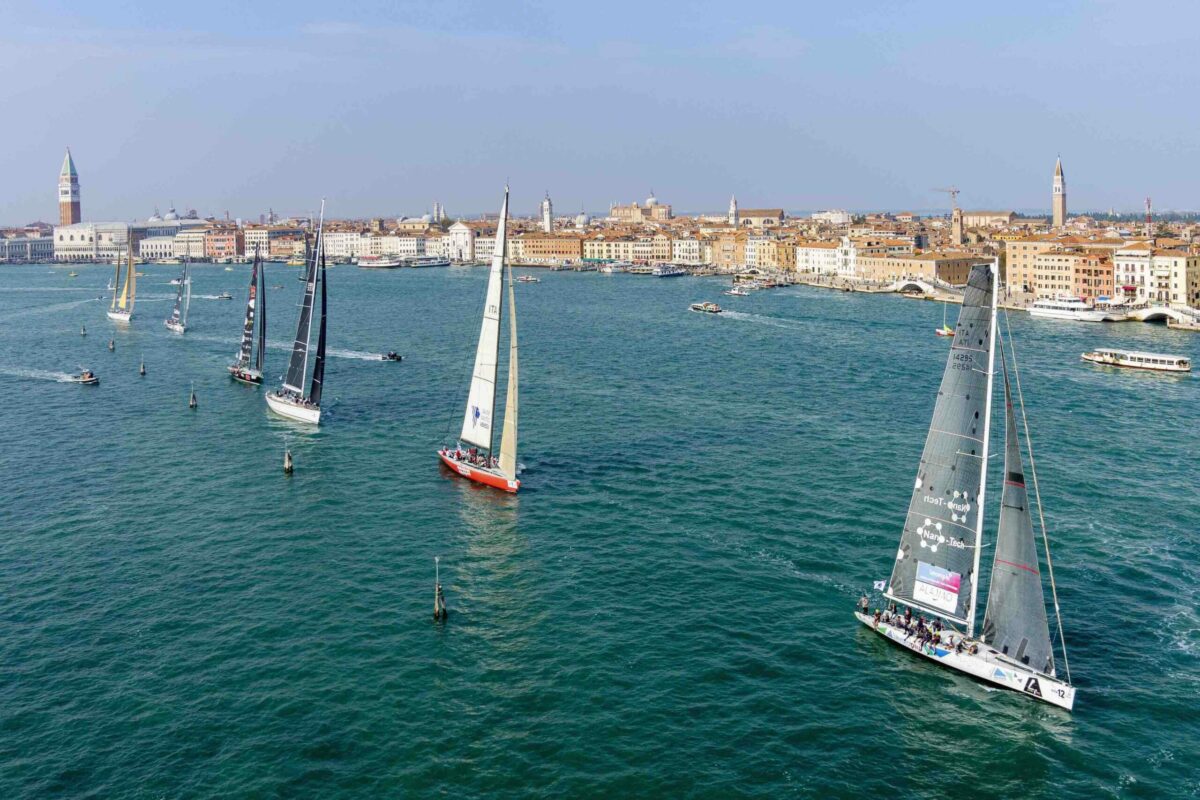 Today we witnessed a wonderful race in a unique context, made possible thanks to organizers, crews, owners

The first thanks goes to Mirko who carries out this event and makes it grow over the years with passion and constancy. Thanks then goes to the crews who made this show possible, competing in the most beautiful scenery in the world, which is the San Marco Basin. I was lucky enough to experience it from the water, aboard the Moro di Venezia, a boat linked to the history of this city. And congratulations to the hotels, which are experiencing a recovery after difficult years, the result of work and investment. Finally, thanks go to the supporters including the Boat Show: a reality of the city that, all year round, works to strengthen the relationship between Venice and the sea

For us it is a great satisfaction to participate in this event that takes place in the most beautiful city in the world that celebrates the excellence of Venetian hospitality in the world. Thanks to the Sina Hotels property for believing in this event and thanks to Mirco Sguario and his team for the commitment they put into each year to make it more and more spectacular 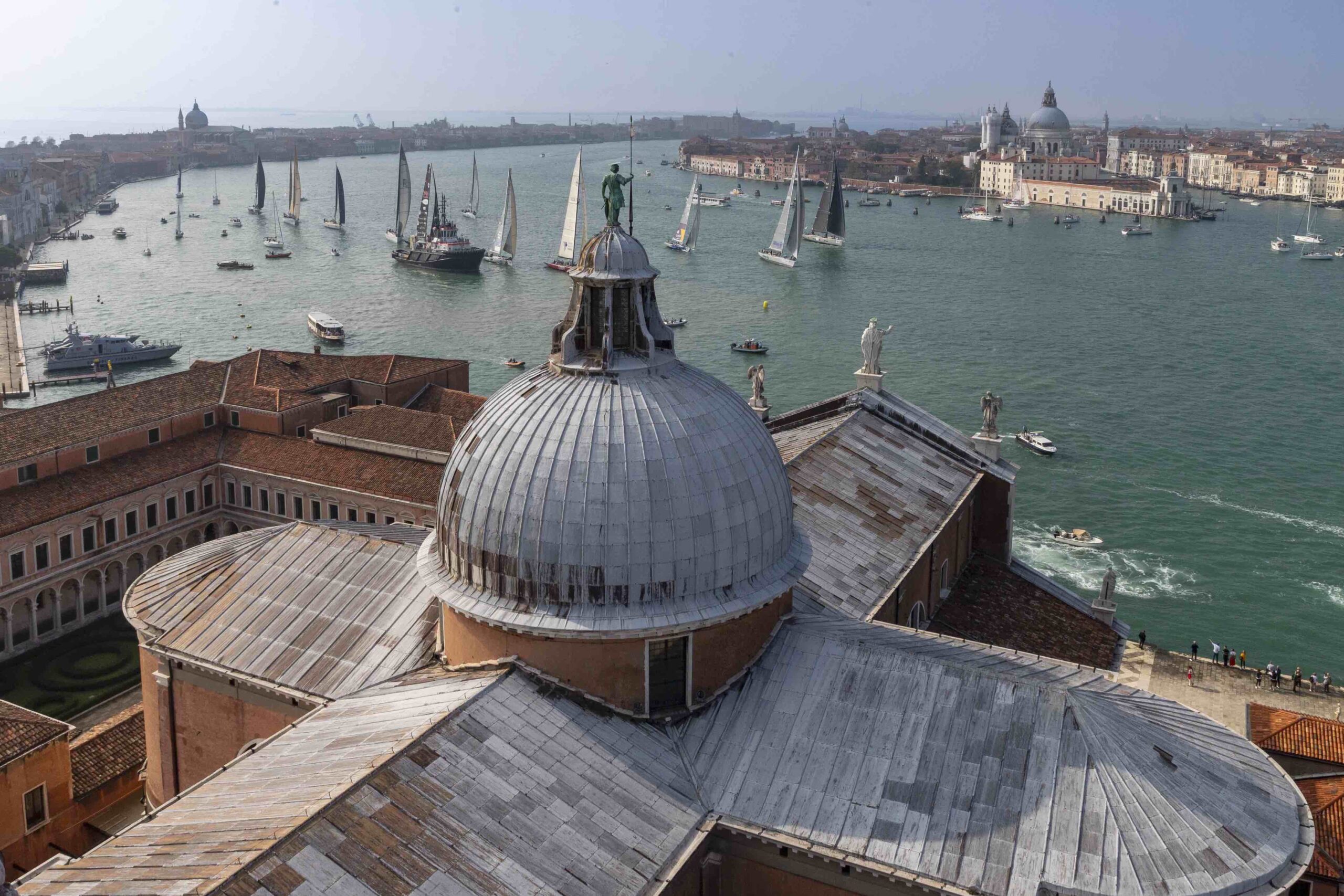 Generali has been alongside Venice since its first edition

because this event reflects values ​​that Generali has always shared such as team sport and fairplay, fundamental values ​​of the sport of sailing

Filippo Manca, Visa Italia’s Director of Merchant Sales and Acquiring, expressed his satisfaction with a sporting event that fascinated the entire city, confirming his willingness to continue on this route in the future.

The director of EnergiaPura, Alberto Olivetto, provided the crews with garments made by Mureadritta obtained from the recycling of plastic bottles, recalling the environmental commitment of the Venice Hospitality Challenge, an event perfectly in line with what the Municipal Administration is setting itself for Venice which by its natural vocation it must be an example of eco-sustainability.

Sponsored by the Municipality of Venice and the Port Authority, the Venice Hospitality Challenge 2022 benefited from the support of the partners Vela S.p.A. and Salone Nautico, of the main sponsors Generali Italia and VISA and of the sponsors Bisol1542, Vetreria CAM, Acqua Dolomia, MureaDritta, I-Clip, Fontego, Ottica Inn. Media Partner: Boats, Excellence Magazine, Venezia made in Veneto, Venezia Unica, Lagunamare, Wonder World and Wonder Cortina.